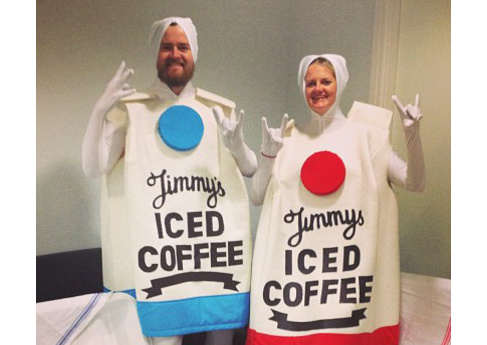 Remember we asked you to tell us what the coolest thing you had ever created with a sibling was? And we promised to send the winner a tasty crate of Jimmy's iced coffee?

We just loved Suzanne's story and we hope it will bring the same smile to your faces that it brought to us Loafers when we read it.

"My siblings and I were lucky enough to spend our summers on the stunning East Portlemouth beach, opposite Salcombe, in Devon. Each day we would pack up our parents rucksack with flippers, snorkels and the essential 'changing towel' (a hideous floral print, orange and yellow towel that had been fashioned into a changing 'tent' thanks to an elasticated neck opening - this was the 1970s don't forget) and would head off from our campsite to the beach for another day making race cars and boats in the sand and queuing up for ice creams and fish and chips for supper.

Each year we would collect all the driftwood, shells and bits of rope lying around the beach and rockpools and tie them into a bundle. This bundle became our 'puppy' for the holiday, affectionately named Fido. A longer piece of discarded string was then attached to Fido, giving him the all important lead. Fido spent the whole holiday being 'walked' to and from the campsite and the beach, and tied up outside the tent at night, before being left on the beach when we departed to come home ("There's no space in the car for Fido" according to Dad).

My siblings and I are now in our late 30s and 40s and still talk with great devotion about Fido. You could say the best thing I have ever created with my siblings was Fido but it was also the great British beach holiday memories we created too.

Here's a few more of our favourites to give you a good giggle and heartwarming grin.

"My sister, and I, were obsessive 'Star Wars' fans as kids and we watched one of the trilogy films every weekend for nearly 2 years.  We decided to 're-create' the entire script of 'The Return of the Jedi' with some 'improvements' from memory and send it to George Lucas."

"I’m not sure if I am embarrassed or proud to admit that the coolest thing I have created with my younger sister was 28 years ago...She came home from her boyfriends with an amazing recipe for fake poo. Shred brown paper into a blender with water and vinegar, scoop out and mould into desired size / shape. Bingo! Endless practical joke time. If abandoned moist / wet in discreet places they are unbelievably authentic and caused much shock and stress amongst our family and friends!. There, I have confessed all!"

Thank you to everyone who entered.

Our very own nutty professor 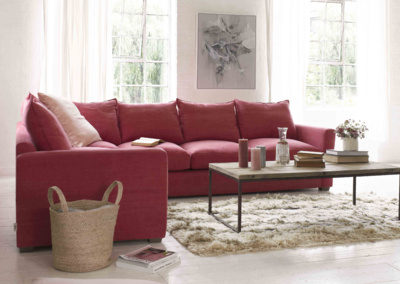 Red and yellow and pink and NEW!