Our NEW collection is here! It's packed full of tasty stuff

The Princess and the Pea

We've been thinking about The Princess and the Pea a lot lately at The Sleep Room. It's a simple childhood classic by Hans Christian Andersen but to be honest, it gives us food for thought.

We all know the story - a prince is looking for a bride, but he's having a dreadful time finding one. The thing is, he can't find a real princess. Then, one dark, stormy night, a bedraggled woman who has been caught in the horrors of the weather outside appears at the door. She is very soggy and somewhat tearful.

She asks if she can stay the night, claiming there's no need to worry about any funny business as she's a princess. Yeah, nice line, sweetheart, thinks the Prince's (pushy?) mum. To test her princessy-ness, said Queen gives the princess a bed with no fewer than forty mattresses on it. Twenty featherbeds and twenty of horsehair.

As far as upholstered beds go, that's pretty extreme. Mmmmmm, cosy, I hear you think. But Queen Suspicious has sneakily positioned a pea at the bottom. Not one to complain, the princess sticks it out, but she wakes up the next morning finding herself somewhat bruised. Bruised! Her hosts spot this and declare that - hurrah! - she is a princess. The two are wed.

Apparently it comes from a Swedish folk story that Andersen himself was told as a child. These days there are all sorts of children's versions available, all of which feature the luxury bed as a centrepiece. Oh it always looks so cosy - check it out here, and here. But onto our pressing questions…

First of all, why on earth is a princess wandering around in a storm anyway? Where were her security guards? What was going on? Had she escaped? Is it like when Lady Di used to sneak to the cinema on Kensington High Street?

Second of all, what is the actual proof that the bruises were caused by the bed/pea combo? We are not at all sure that they were. After all, she was wandering around in a storm before bed. It could have been hailstones at the very least - if not a fall from her horse or some other mishap.

But thirdly - and most importantly - why is it that people often tell other people 'Oooh you're behaving like the princess with the pea' as if that's a BAD thing? You know what, this princess, who is so often spoken so ill of, actually sounds kind of cool. She wanders off to do her own thing, regardless of what her King Daddy thinks she's meant to be doing, she's smart enough to get let into the castle and crash for the night and she's polite enough not to complain about her restless night of hell on forty different mattresses. (It's only the bruises that give her away). And she still gets her guy. All in all, we think she sounds like quite a cool cat. 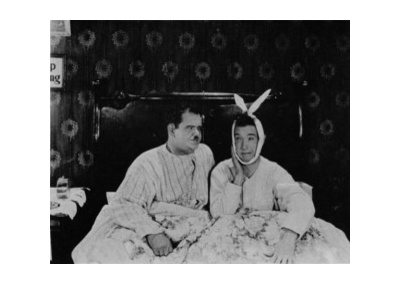 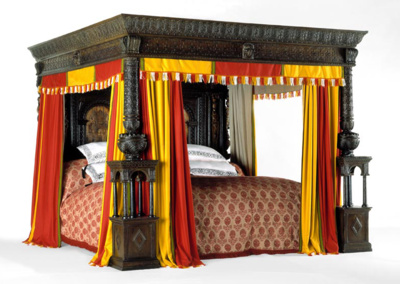 Our Top Ten Facts About the Great Bed of Ware